The 25th of April we decided to visit Canberra, coincidentally also ANZAC Day, which is one of the most important national occasions to the Ozzies. It’s much like our Memorial day in Holland, the 4th of May.

We’ll explain in short how we understand it for those who don’t know about ANZAC Day. ANZAC is an abbreviation for Australian and New Zealand Army Corps. The Anzacs were the Ozzie and Kiwi soldiers in the British army.

On the 25th of April 1915 they stormed Gallipoli in Turkey as part of the British/Allied war efforts in the first world war. It was the first major deployment of Ozzie troops in any major war and it was a massacre. Fifty percent of the boys that landed on the Gallipoli peninsula were killed or injured.

Even though the Ozzies continued to fight the war in the trenches in France and Belgium, the 25th of April was marked forever. Later the Anzacs were deployed in other wars of which the Vietnam war was the most controversial.

Nowadays it’s a day of remembrance for soldiers, retired soldiers and families of (former) troops. It starts at 5am-ish with dawn services and its followed by  marches, parades, commemorations and some sporting events (ANZAC tests).

So, this year (2015) it was 100 years after the actual day and we were in Canberra. It was probably a good thing we went on this day together with 100.000 other visitors, because Canberra isn’t the most inspirational city (understatement). It's the result of a compromise between, basically, New South Wales and Victoria that fought about the question which city should be the capital: Sydney or Melbourne. So they found the state ACT (Australian Capital Territory) somewhere in the bush and the city Canberra.

Interesting fact is that the Ozzie constitution apparently prescribes that every capital of a state has to have access to the sea; so they appointed Jervis Bay to be part of ACT.

We already spent more words than necessary, but one final thing: they propagate to have a lot of bicycle paths in Canberra; most are on the side of the highway. We also uploaded the recipe for the popular ANZAC biscuits! 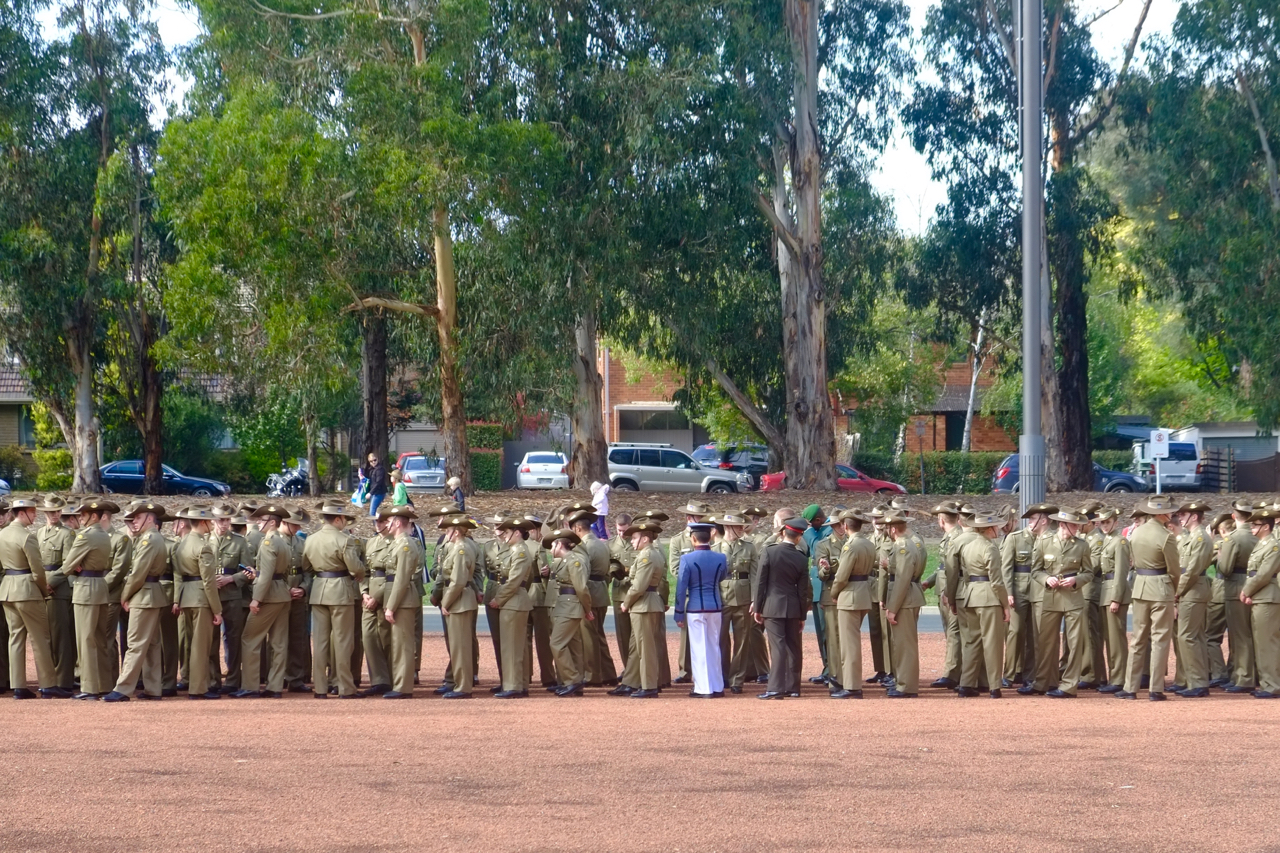