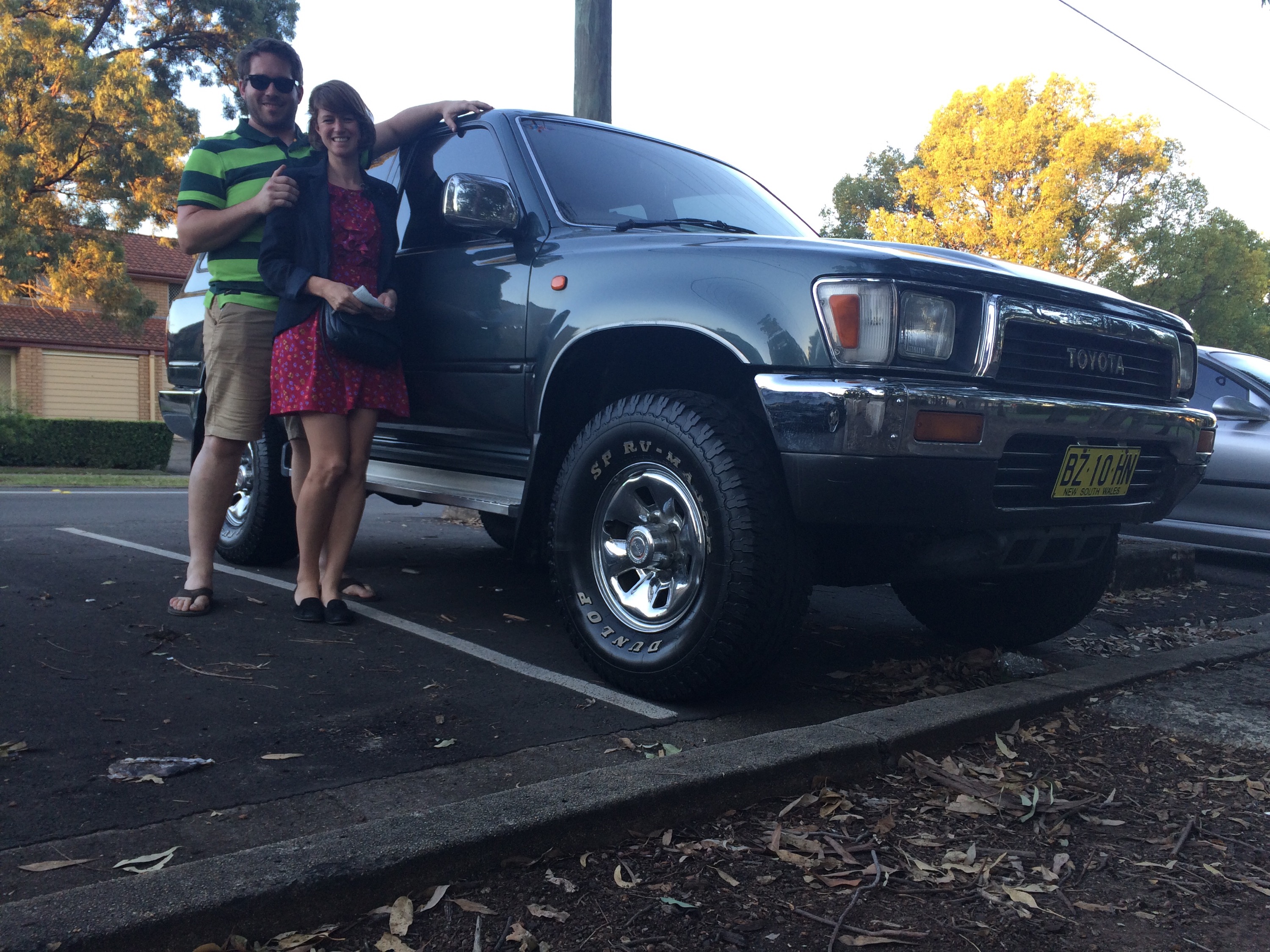 Probably the best way to travel is by car and definitely with a Toyota 4-wheel drive! At least, for us anyway. Our public transport experience has come with its’ adventures. Although the facilities are very well organised, we alway seem to miss a buss stop or connection. So, when we walked to Manly Beach and decided to travel back via bus, we could not figure out the fasted way back to Mosman. All located in Sydney btw. After wandering around, we bought a ticket and found ourselves a seat on a bus to the nearest place around the Mosman area. This was not fastest way, we already knew that, but that was all right. Half sleeping underway many bus stops popped up and we already questioned our journey. After 45 min. the driver called it a day and there we are, in the middle of a parking place and a high way. After checking the tom-tom app, the bus driver confirmed our dislocation. He needed some time to think to get the right bus in the area of Mosman for us, but it seemed impossible. It was his final drive for today, so he suggested we’d stay on the bus and he’d drop us off near the best Mosman connection. He drove like a kangaroo and we were home in no time . Cheers to all the Australian bus drivers

We went trough a few stages before we bought the car. First we looked on the internet for the right car versus budget and tried to get in contact via mail. After we reacted on 15-20 adds, it took a day or more for people to react and half a day to meet. On thursday 10 am, we finally saw the first car. A white Mitsubishi 4-wheel drive owned by a Chinese old man. The car looked good from in- and outside, apart from a few scratches. After the Chinese man bragged about the liability of his precious, it was finally time to drive……..with the Chinese dude. Little awkward, the man corrected Thijs the entire ride. Apparently he could not appreciate Thijs’ driver’s style. He noticed his tone and laughed about it. To him it felt like driving with his son. After Matthijs asked about the car’s economy, he laughed again really hard and screamed that he has enough money, so he didn’t know. Fortunately, not much longer we were out of there. For a long time the white Mitshubishi was a good option. Weird man, good car.

In the afternoon we had a meeting with a Pakistani father who tried to sell the blue Toyota 4-wheel drive of his daughter. He lived next to a busy road across a partol station. After meeting him and later his daughter, the car wasn’t there. His brother was bringing his kids to some place with it. So there we were, busy road, waiting for the car to arrive and meanwhile the father was talking about the famous riability. You could probably look it up on the internet for the original line. ? She was explaining how she wanted to go to Pakistan for three months. The father was so worried that we had to wait, that he offered us drinks from the petrol station. When we finally saw the car, it was falling apart only looking at it. Not sure what her reasons was going to Pakistan, the family was very nice, but we said goodbye.

The next stop was outside Sydney, although the Pakistani family was 30 min. drive, we went to Bayview. An even richer place, with more fancy houses and abnormal beautiful gardens and views. We met the half Dutch man Hans, which is the father of Nick. Because Nick is in England, Hans had to sell a Toyota 4-wheel drive with snorkel. It was a relieve that Hans did not use the cheap and standard internet selling line, but we had to take the car as it is. We drove in it and we knew it was made to be used in the out-back. Unfortunately it had some trouble with the gearing part, so it was a no go for us. But it was a pleasure to meet Hans in Bayview.

Afterwards, the German backpacker Sebastian had a 4-wheel Nissan including a bed and camping accessories waiting for us to be checked. The only 19 year old boy had made the car into a real camper. The only thing was, that he bouht the car from other backpackers in another state. On the internet the registration wasn’t valid and the car was already sold. Besides that, the fluids from the engine were very low. Although you could tell that Sabastian was enyoing life, couchsurfing at the moment and travling to Asia for some more adventures, it did not felt right.

It already felt like a great adventure, meeting different type of people in different places. When we met the previous owner of our car, it felt good right away. It was a hard working man, our age, non nonsense about the car and he took really good care of our 4-wheel drive Toyota Turbo. (As far we can tell) You couldn’t tell he was born 1991. In stead of all the others, this car was very clean and had minimum damage. He even asked us to treat him very good. Besides that, the man who lives in Parramatta helped us fixing with all sorts of paper work. Because we had seen so many rubbish, this offer we couldn’t refuse. It was ment to be. Blend Thijs, Sam and Australia and you get a monster truck in our family called Mister Turbo. We have welcomed him with our arms wide open, ready to get some serious action! 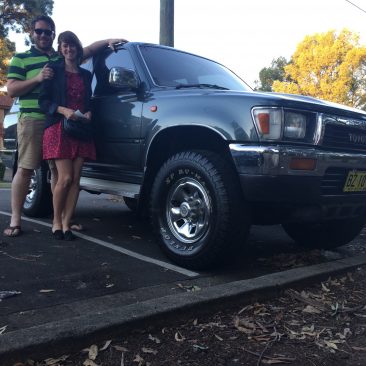 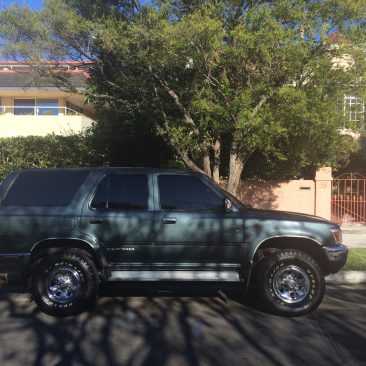 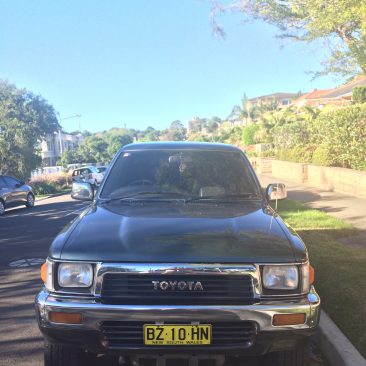 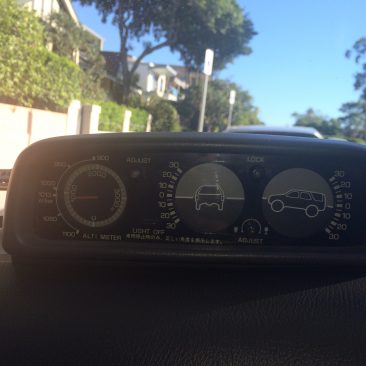