Picture a modern society, where people with different religions can live peacefully next to each other as neighbors. Where everyone has the same opportunities, such as education and wealth. Where the standards are perfectly clean streets and bright white houses. Never having to worry wether a random house has a pool or a supermarket nearby, because it should always be there. Or that a neighbourhood has got a huge increase in crime rate, when 2 bicycles are stolen. This place is called Singapore.

Looking from the European point of view, Singapore looks like a set from a Disney movie. Instead of people who are randomly singing, you can catch a light or water show randomly. Singapore is a super-organized and well mannered city, formed by fines if things are going differently. This wealthy country is not the state of obvious. In fact, not that long ago Singapore had the potential to fall in decline.

Singapore as a third world country

In 1965 Singapore was forced to become independent when Malaysia decided not to take care of the small piece of land. After two years of “motherhood” Malaysia finally found Singapore to difficult to handle and withdrew from the situation. This brought Singapore in difficult circumstances. It is probably hard to imagine with the knowledge of today, but the abandoned state was turned into a third world country.

Singapore was facing many difficulties back than. While the population was increasing that time, the people were also dealing with cultural challenges. The unemployed was huge and the economy was slow. This was situated in an environment of poor regulated housing, infrastructure and facilities. It seemed like a downward spiral for Singapore. (Menon, 2007)

Think outside the box

After the independency Singapore constructed a one-party system. The political union ‘People’s Action Party’ (PAP) dominated and Lee Kuan Yew became prime minister. He recognized that Singapore was in an unwanted position as a post colonial country. Yew wanted to shape Singapore into a wealthy state, without making the same “mistakes” as other post colonial countries did. As Yew argued: ‘we can learn from “failed” policies as Pakistan, India, Ghana and Nigeria.’

Yew noticed that many “new” countries implemented a social economic system, just like the western democratic states. However in his eyes, the system failed to make a balance between a livable society and a sustainable economy. (Menon, 2007) In contrast to many Western countries, because they had centuries of practice and a different historical background in order to make a social economic environment work.

So Yew saw opportunities in doing things differently. He wanted to create a livable environment via structured policies. Second; at all times corruption had to be demolished in order for society to support and trust the government. And last, it was important to invest in the economy with the purpose of a growing, stable and healthy system. (Menon, 2007)

The fundamentals of Singapore city 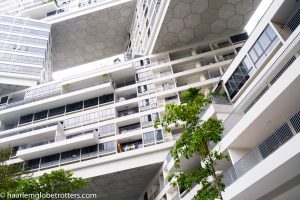 Before Yew could work to an utopia state and therefore implement all kinds of measurements, it was important to start with the foundations. So the first thing he did was built decent houses for people from the slum areas. The next step was to determine how the land of Singapore effectively should be used.

The assigned Pioneers of Urban Planners (Singaporean civil servants) to do research of cities in the world, such as Vancouver and Sydney. They created a basic model of different requirements a city should have, in order for people to life their lives at “normal” pace. Of course reaching for the highest standards. Singapore built the first facilities in the areas of water, transport, housing, environment and industrial infrastructure to establish that foundation.

As many projects already shaped Singapore into improved communities, it could do much better. So the Urban Planners measured the level of liveability of these areas and combined the results with favorable desires. Singapore invented the ultimate CLC (Centre for Livable Cities) Liveability Framework.

The perfect neighbourhood, according to the CLC Liveability Framework:

1. Competitive economy – to attract investments and provide jobs
2. Sustainable environment – in terms of limited water and land, the city has to built efficiently
3. A high quality of life, which involves social and psychological well-being of the population

Within a short term of 20 years the Urban Planners created a balance in the communities of these 3 outcomes. If one of the outcomes got more over consumed than the other, it could have a negative effect, such as creating social gap in society, weaken the economy or affecting natures’ resources.

Devoted to the framework, Singapore designed neighbourhoods with high standards of living. They reached their goals for people to live in every district of the city without taking a step back economically. The Urban Planners created an environment where the Singaporean could think in possibilities, such as moving around for switching jobs. It made the city dynamic. The CLC Liveability Framework was an important approach, which created Singapore as it is today. (CLC, 2014)

No grey areas for corruption

In the beginning of the independency of Singapore the public officers got poorly paid for doing their jobs. It lead to an environment of bribing in oder for people to get things done and for the public servants to boost their income. It was one of the reasons why Singapore was a third world country.

So Yews’ aim was to demolish corruption, no exceptions whatsoever, and at all levels of society. Consequently it meant that the law should deal every little detail that kept Singapores’ society going: What is the law? What breaks the law? What are the related punishments? It was the only thing that could lead to a healthy economical climate, less criminality and clean streets. (and so on) 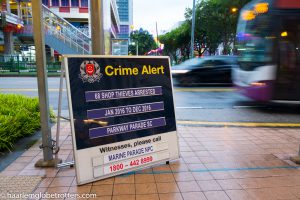 After devising a system that could detect and deal with corruption, Yew had to formulate a Corrupt Practices Investigation Bureau (CPIB). The independent agency was and still is responsible for combating corruption in Singapore. People are specially selected and hired to fulfill this important role. According to the agency, “The job is more than systems, structures and processes. The magic is in the sincerity of purpose, genuine efforts an not less than honest labour.”

The CPIB is the highest agency in hierarchy and reports directly to the prime minister. Since corruption can be detected in all layers of society: citizens, private sector and on governmental level. Therefore it is also written by law how the government and civil servants should act in any situation. Once corruption is detected an open justice process makes sure lessons are learned. For all parties.

Controlling corruption gives people predictability and confindence in the law and government. To maintain this relationship, CPIB has to make an effort to keep itself updated regarding the newest developments in society, in order to prevent harmless mistakes. In the end, it brought Singapore the third least corrupted country in the world for the past ten years. It makes a good environment for international businesess to invest. (Hin)

Healthy economy: make it yourself

While Singapore was setting up a system to tackle corruption and liveable communities, they also needed to boost up the economy with the intention of realizing a sustainable and wealthy country. The private sector was not strong enough to built a steady financial construction. So they took matters into their own hands.

Singapore formed state-owned-companies in all kinds of sectors. Just as explained earlier, that the city needed institutions or governmental small business to restyle neighbourhoods. In the same way the government settled everywhere, under pseudonyms like: Port of Singapore Authority, Development Bank of Singapore, Telecommunication Authority of Singapore, etc. 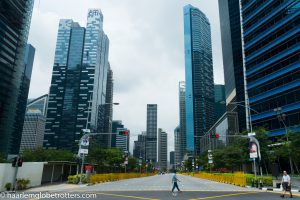 The government also generated national industry, however the emphasis rapidly shifted off exporting goods on the world wide export market. It was a big success and the industry even needed more hands than ever. With the purpose of maintaining growth, it was time to invest. During the following years Singapore constantly kept innovating: using computers, optimize management levels, higher education, etc. A third world country in the ’50s and ’60s developed from average wage to higher wage policies a few decennia later.

In the meantime India and China became real competition. To top it off, crisis hits Asia. Singapore realised that their developed economic system was vulnerable, so the private sector was the key ingredient. Slowly but surely international business were able to invest, which created a flexible labour market and competition. Singapore opened their eyes and saw all sorts of opportunities. They joined and established trade agreements and free trade became more accessible.

Singapore economically shifted from governmental dominance to hosting corporates to do business. Proving facilities, such as corporate tax rate, infrastructure, business licencess, etc. Within no time the country had a healthy private sector. It gave courage to privatize state-owned-companies and were able to reduce economic state regulations and state expenses like subsidy. It was a beginning of a modern Singapore. (Menon, 2007)

A post colonial small country could just been written off by a random president, to take the money and let the country destroy itself. But Lee Kuan Yew did the opposite. He tracked down the elements that could lead to a third world country and wiped it out. Simply, by focusing on the 3 elements: take care of the living standards of the people, demolish corruption and invest in the economy.

It may seem easier than it was. Remember, Singapore was in a very bad shape and it took courage to make a plan for a nation, which was different from all the others. In contrary to us, they did not knew what the end results might be. Than formulate a government with the same interest, trust and focus. Things could have gone wrong in this initial phase.

It turned out all noses were in the wright direction, because Lee Kuan Yew and his team worked hard on a perfect future. They did not even had to wait long, before some positive result could be measured. It made hard working pay off, with high dicipline and result-oriented mindset, to reach the Singaporean dream.

In decennia, Yews’ strategy turned Singapore into the country as it is today. With a government truely for the people and the people truely for the country. It seems that Yew sincerely implemented some love, peace and hapiness into the land. Therefore never forget that Yew took the effort to create something new, which turned out bigger than ‘best’. It became the ultimate.