Mui Ne is a small township with beaches, a harbor and Vietnamese blue coracle boats in the sea. Fishermen use these bright blue plastic boats to fish the catch of the day. These boats are round and look like an old fashion bathtub. It's fascinating to see how the hard working men act around their pride: the Vietnamese Blue Boats.

The sea is filled with the coracles and fishnets. Now and than a boat is parked at the beach, in front of a self-made-little-house. But as soon the beach comes closer to Mui Ne, the more a suburb is developed consisting of boats, small houses, fishnets and working places marked with canvas strained 1 meter above the ground. A place to live, eat, sleep, work and sell, for the fishermen and their families.

The coracle boat isn't a Vietnamese invention. As Wikipedia gives a good history lesson around that topic. The coracle belongs to the fishermen history for centuries, as it is founded in the literature of Julius Caesar. He used it to reach the British Empire, but the boat never left. It became part of the culture of Wales, England and Ireland. Nowadays it's used in India, Vietnam, Iraq and Tibet.

"The coracle is very light, therefore easy to float over waves and easy to transport." A journalist from Viet Nam News dug as well in the coracle history and went on to investigate amongst the fishermen in the area of Son Tra Peninsula. "It's one of the reasons that it was and is so popular", as the journalist described. Besides that, an other advantage is that the coracle is very cheap. Many fishermen can pay them within a couple of months. At the same time, two people can catch hundreds of kilos of fish in one day or evening with the same boat. It seems like a good deal.

Yes, these fishermen work night and day. While we enjoy our sunset, a coracle boat floats along. A smal bright light gives the boat vision to get the net from the sea. Part of the waves catch the same light, as it looks like the moon from a closer angle. In the distance red flash lights everywhere. These are parked coracles in the sea. Hopefully fishermen enjoying fresh fish on the Barbie. 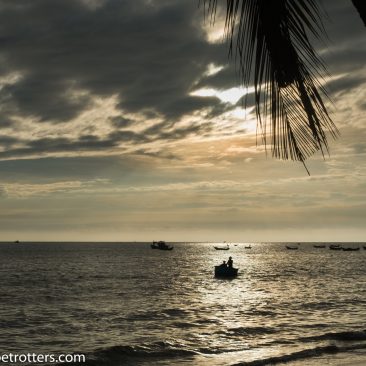 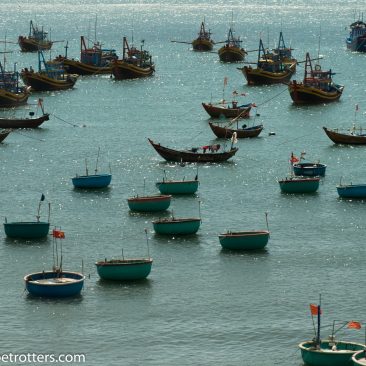 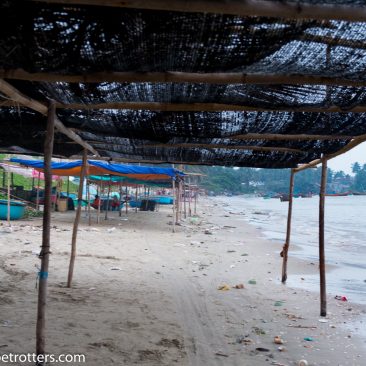 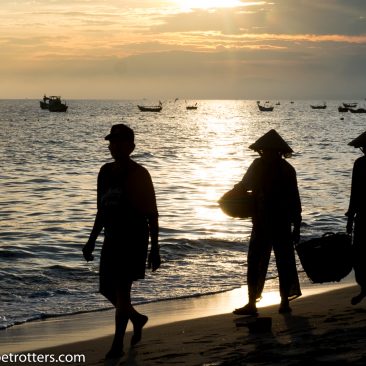 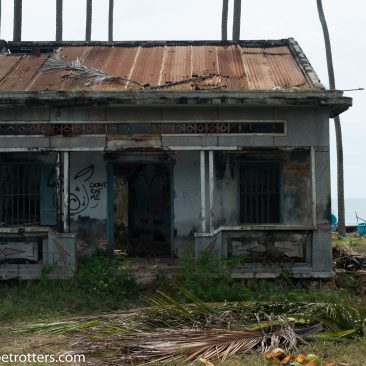 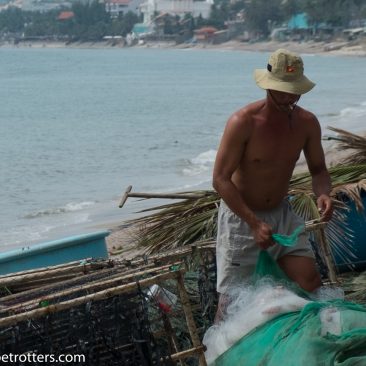 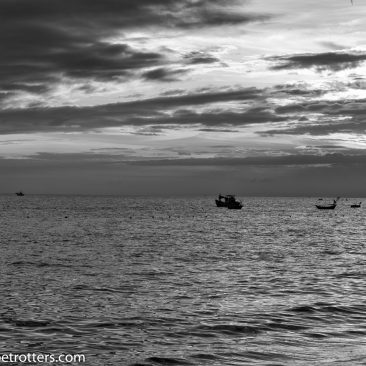 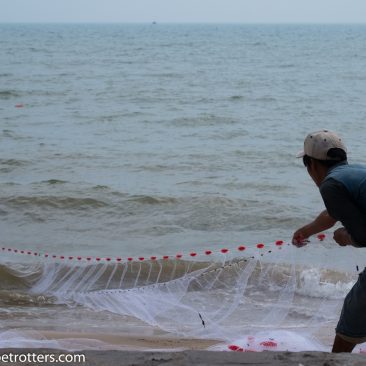 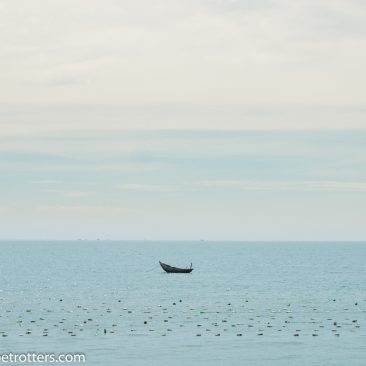 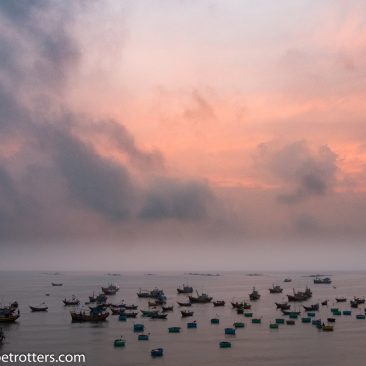 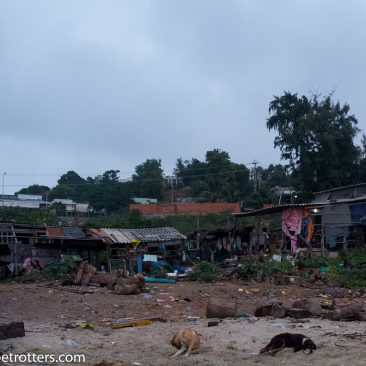 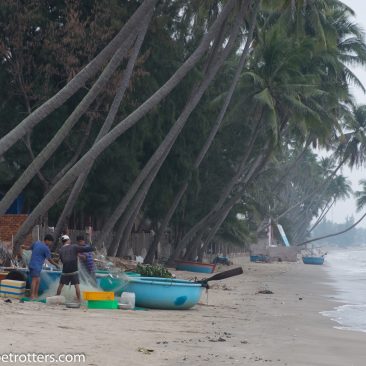 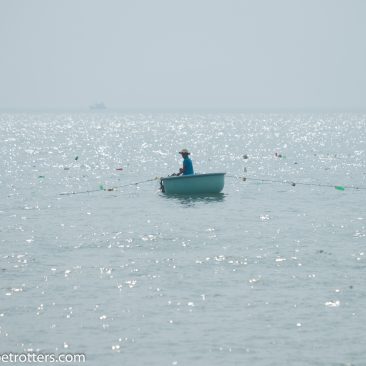 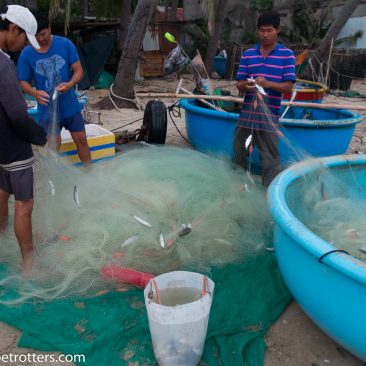 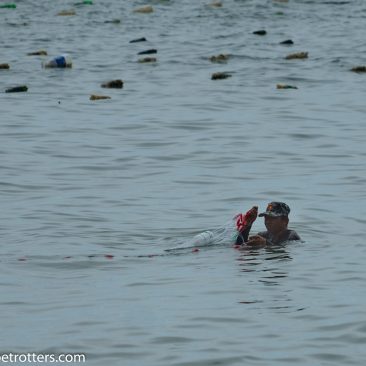 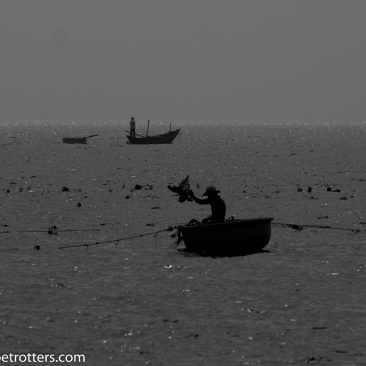 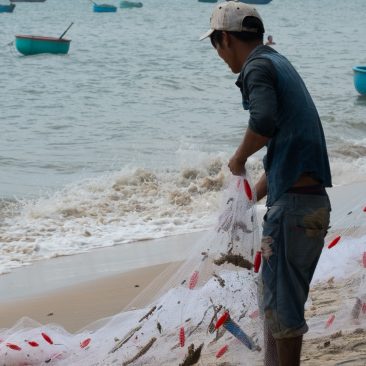 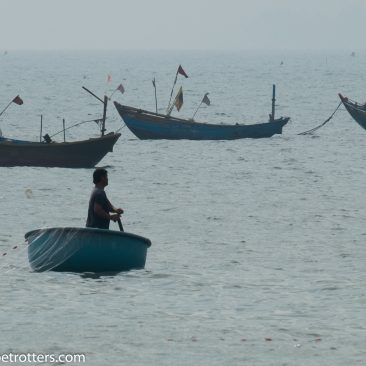